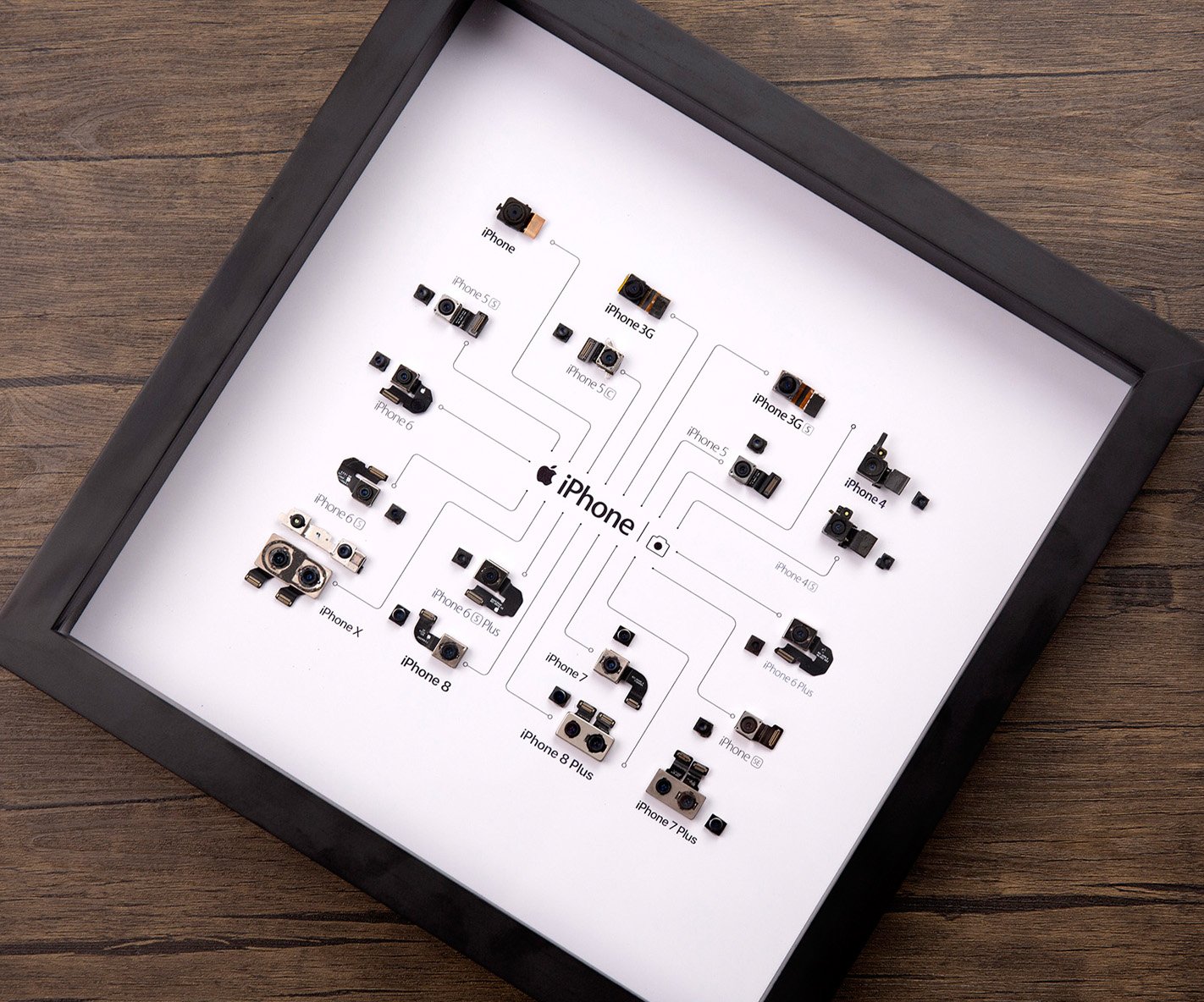 Home / all / Customized Project（Not for Sale）

A customer sent an email asking if we could customize a photo frame with only the iPhone camera last month. We were puzzled why he only need the camera. He told us that his friend runs the camera division at Apple, and it would be a cool gift for him. We thought this is a meaningful project and promised to customize it for him. So we found all the cameras from the original iPhone to iPhone X. After 2-3 weeks of sourcing, designing, and packaging, we finally completed it and sent it to him. When he gave the special gift to his friend,  his friend was moved, because each camera brought back special memories for him, and we were also moved, it is not just a gift & artwork, it represents the customer’s recognition for us. 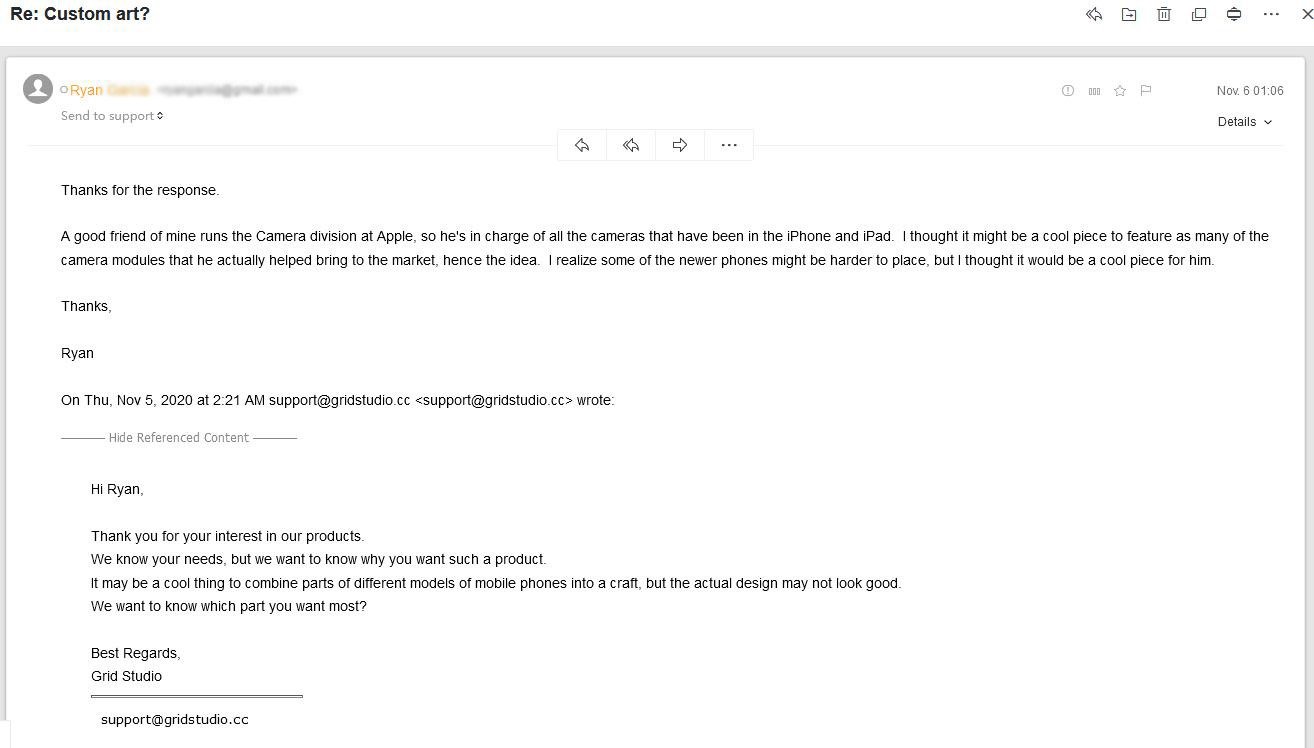 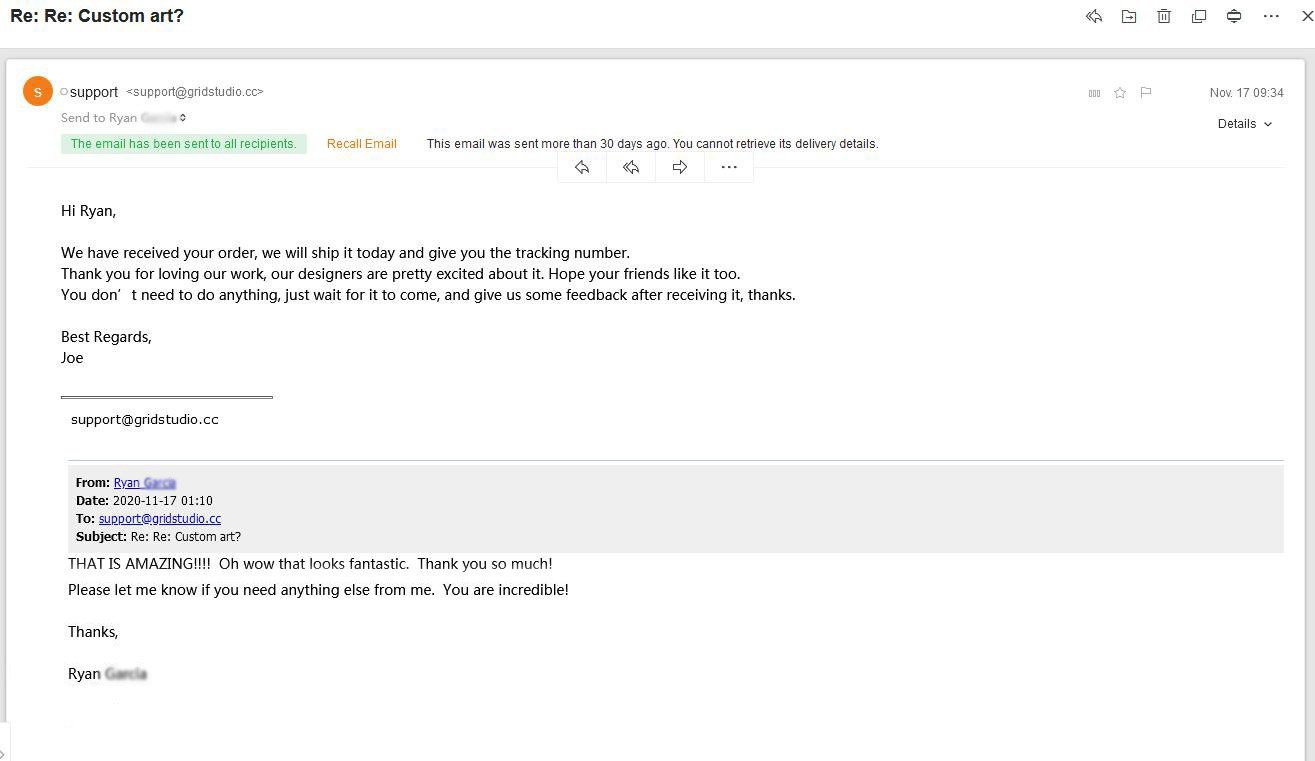 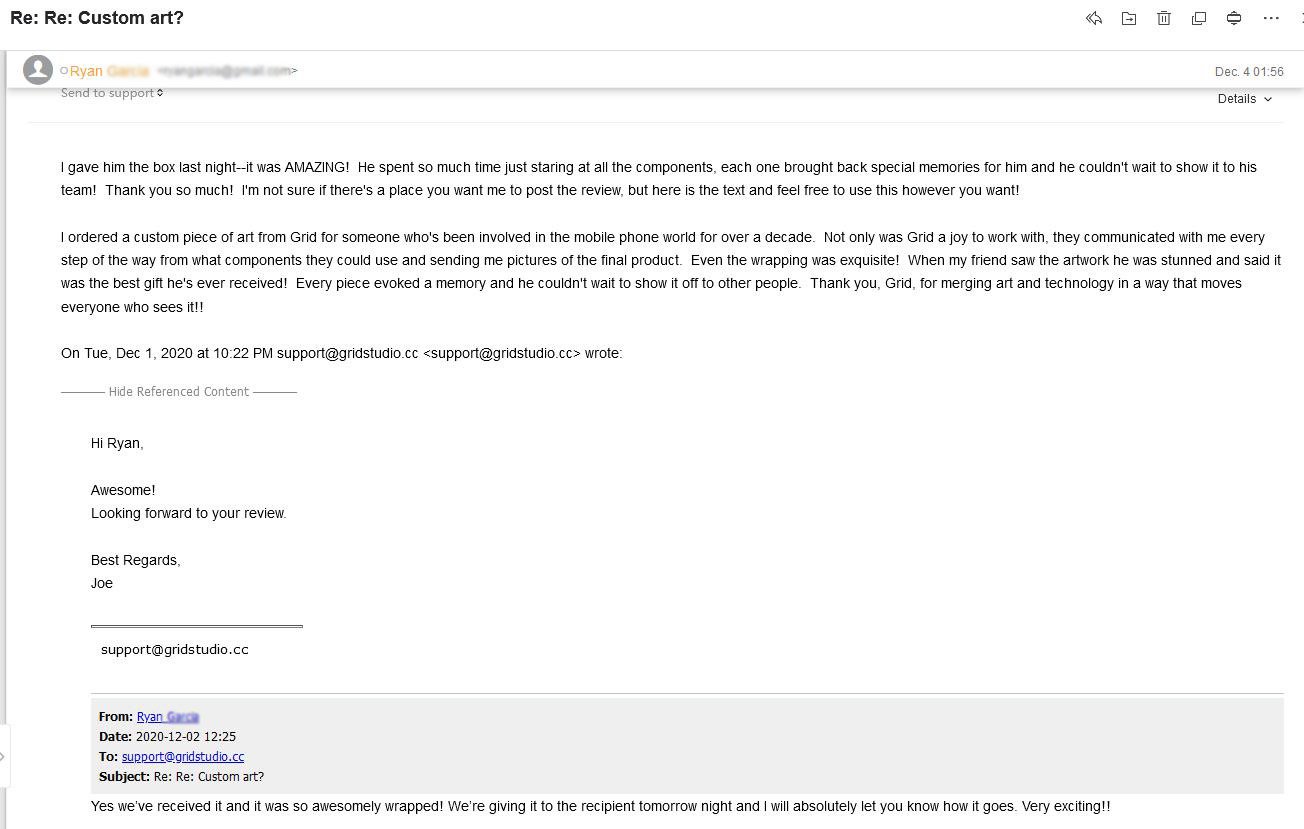